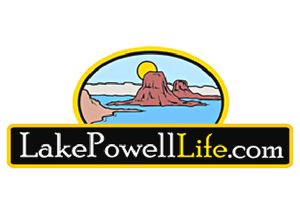 Even for all the gloom and doom surrounding the coal industry lately, coal will still account for more U.S energy production in 2017 than any other resource according to the U.S Energy Information Administration.

Coals comeback marks a rebound from 2016 where, for the first time, U.S electricity from natural gas exceeded output from coal-fired power plants. But with higher natural gas prices on the horizon, coal should once again take the top energy producing spot in 2017. According to the U.S Energy Information Administration’s new short-term forecast, coal will account for one-third of the country’s electricity generation.

However, coals lead in energy production looks to be short lived. Natural gas is expected to be the country’s top electricity generator once again in 2018.

The rise of renewable energy sources will also continue, as expected, into 2018. By then, 16% of energy produced in the U.S will come from hydropower, solar, wind, and other renewables.

Of course the wildcard in forecasting energy production is the incoming Trump Administration. Obama’s Clean Power Plan was established to curb greenhouse gas emissions and set strict environmental regulations. Although the Clean Power Plan is awaiting a U.S. Appeals ruling after a legal challenge from Arizona and 23 other states, the energy economy is already headed towards meeting the Clean Power Plan goals. Levels of carbon dioxide are already down 21 percent below 2005 levels.

Although it is seen as unlikely, President-elect Donald Trump has said he will do away with the Clean Power Plan and end what he called a “war on coal.” All this makes for an uncertain future for the energy sector; a future that should become slightly less hazy when Trump is inaugurated on January 20.