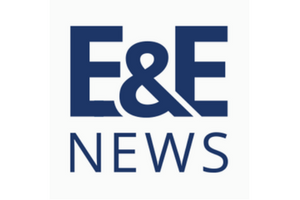 “I would be hopeful that they do an honest assessment of it,” the congressman told reporters today. Barton called the finding promulgated by then-EPA Administrator Lisa Jackson “a joke,” saying: “It was shoddy. It was full of half facts.”

“If Administrator Pruitt wants to go back and do it right, God bless him, and I’ll support him,” said Barton, who would play an influential role in any House assault on greenhouse gas regulations.

Rep. John Shimkus (R-Ill.), head of the Energy and Commerce Subcommittee on the Environment, has named Barton the point man on any effort targeting carbon dioxide as part of Shimkus’ broad approach to reforming the Clean Air Act this Congress (E&E Daily, Feb. 17).

Barton and Shimkus are among the 120 House Republicans who have quietly lined up behind a bill to curtail EPA’s ability to address climate change.

The bill is similar to a measure Palmer introduced last Congress aimed at overturning the 2007 Supreme Court decision in Massachusetts v. EPA that formed the basis for the agency’s efforts to regulate greenhouse gas emissions (Greenwire, Nov. 4, 2015).

Palmer told E&E News in a February interview that he was “optimistic” that the bill would move forward with President Trump in the White House.

Democrats, environmentalists, scientists and a smattering of Republican lawmakers who have expressed support for climate action condemned Pruitt’s remarks over the last 24 hours. Their rebukes ranged from mild — “disconcerting and troubling,” Rep. Ileana Ros Lehtinen (R-Fla.) said today — to harsh.

Greens are girding to mount a legal defense against what they call the Trump administration’s “coming assault” on EPA climate policy (E&E News PM, March 7).

Legislative attempts to blunt EPA’s authority over carbon would have a much slimmer chance in the Senate, where Republicans have been delayed in their attempt to pass a resolution striking down Obama-era methane regulations on the oil and gas industry.